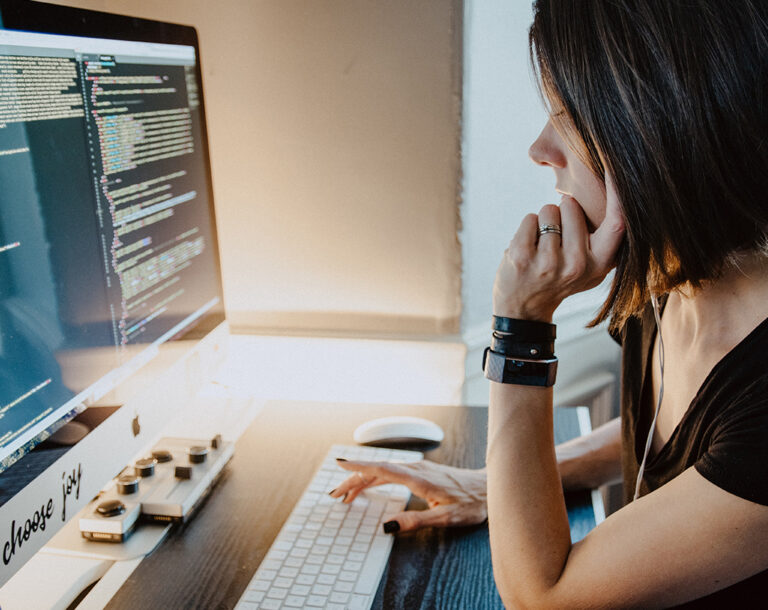 Monitoring, logging, and alerting are all vital systems that benefit from automation. Automated systems can keep track of logs and signals throughout the engineering stack. They can also track essential metrics like performance and resource use, detect anomalies, and monitor system activity. When monitoring tools automatically provide DevOps teams with the right data, they can make better decisions, solve problems more efficiently, and improve systems.

CI/CD uses automation in numerous ways. You can automate software testing, version control, deployment, and monitoring to one degree or another to enable effective CI/CD, which has demonstrated its effectiveness at empowering software teams over the years. Teams often prioritize CI/CD automation because inefficient deployment and integration lead to significant productivity losses.

Let’s explore some real-world examples to take a closer look at how automation can improve continuous monitoring, provisioning through infrastructure as code, and CI/CD deployment.

Automation has the potential to enable genuine continuous monitoring. Continuous monitoring can detect anomalies and even compliance problems. Beyond that, tools can potentially discover an unusual amount of activity that might indicate security threats.

Suppose you operate a business that sells shoes, and with the holidays coming up, you decide to run a sale, increasing volume at the trade-off of reducing a margin on a product. If your sale is successful, a simple continuous monitoring tool would automatically detect the increase in sales volume. But a human could also have produced this information, so it’s not particularly insightful.

However, what is insightful is a well-configured monitoring solution. This monitoring solution could also flag that a significant number of shoes are selling for radically less than their cost to produce, meaning every shoe sold is revenue lost. If your operations team receives notice of the anomaly and begins to investigate quickly, they may find that the system is combining coupon codes. This is exceptionally time-sensitive information—especially given that your sale is so successful that it’s seeing a high amount of volume.

In this example, allowing the combination of codes is a bug that means customers get a much better deal than what’s affordable for the company. A quick root cause analysis can result from automated and continuous monitoring. It ensures that you can patch the bug and put out an immediate release, so sales can continue as intended.

Automated Provisioning through Infrastructure as Code

Infrastructure as code allows DevOps teams to manage automated provisioning through code instead of requiring manual intervention to change infrastructure. In recent years, there has been an explosion in the number of tools, frameworks, and technologies on the market that help developers and teams build and manage applications.

DevOps professionals, in particular, need tools that help them manage their infrastructure in an automated way. These tools should allow teams to automate the provisioning, configuration, and lifecycle management of servers, networks, operating systems, databases, and applications. Infrastructure as code is one set of tools on which DevOps teams lean on.

IaC enables developers to quickly set up their complete infrastructure by executing a script. They can do that for every environment, from development to production, passing through staging, QA, and more. Employing IaC makes the entire software development cycle more efficient, boosting the team’s productivity and agility. Businesses often struggle with handling infrastructure, both because it’s complex and because the cost of mistakes can be very high. As a result, most teams have strong incentives to automate their infrastructure.

Consider a commercial healthcare insurance company. There’s likely a specific part of an insurer’s application stack dedicated to enrollment in insurance plans. Users only see this part rarely, like when a business hires a new employee, or an employee has a qualifying life event. But the system experiences an exponential increase in use during annual enrollment when all individuals on the plan must reselect their preferences. Seasonality is a common issue many businesses face, and the health insurance industry is just one example of how these changes in volume affect infrastructure.

With static infrastructure, the insurer would pay the extra resources which are only needed during the enrollment period or struggle to manage the increase in system load during that short period of increased use. Infrastructure as code allows the application stack to scale with the business need, automatically provisioning new servers when required and decommissioning them when no longer needed. Automating this part of the DevOps ensures business continuity while minimizing costs, all without direct intervention from the team.

In a fully automated CI/CD pipeline, developers don’t need to manually build software, deploy it to an environment, or test it. CI/CD automates these tasks. Developers use version control software to manage source code and track changes. When the code is ready for testing, the pipeline automatically builds the application, runs tests, and deploys it to the appropriate environment. While integration and deployment have historically been a significant burden on DevOps professionals, CI/CD automation frees teams to focus on higher-impact work.

Continuous integration ensures new code changes are built and tested regularly, usually on commit of a code change. Automating tests ensure that developers can’t forget to run them, and saves time. Continuous deployment means that changes are automatically deployed to production, often requiring little-to-no manual intervention. Again, this removes the possibility of human errors from the pipeline and saves developer and operations teams time and energy. When a developer fixes a bug or adds a feature, they commit their change and push it to the repository where they trust that it’s tested, built, and deployed all with minimal human involvement.

The sustainability of the continuous deployment of code is dependent on continuous monitoring. If an automated deployment creates a problem for users, an automated system must become aware of the problem. It would be catastrophic for a production issue to occur because of a build pipeline when no team members are around to triage and fix the issue. Continuous monitoring makes continuous deployment safe, allowing developers to trust their automated tools. Likewise, automated provisioning ensures that code deployments don’t cause an outage with outsized infrastructure needs. Automatically scaling keeps applications highly available as the technology needs of the business evolve.

Automation is the essential ingredient in DevOps. DevOps isn’t something your team can excel in without well-executed automation. Automation frees teams to deliver changes faster by implementing them with less manual intervention. Minimizing repetitive tasks with automation acts as a multiplier for the efforts of your team. Monitoring and alerting build confidence that the system is always working as intended. Automation in operations is a critical pillar of modernizing products and services at companies big and small.

In general, all software involves automation. It only makes sense to extend automation to infrastructure, monitoring, and build processes. Connecting software engineering’s DRY (don’t repeat yourself) principle to your operations is an absolute must for operating at scale.

When thinking about automation, consider xMatters. Our powerful service reliability platform helps DevOps, SREs, and operations teams automate workflows, ensure infrastructure and applications are always working, and rapidly deliver products at scale. Sign up for a free xMatters instance today to level up your DevOps toolkit!