Functional Programming with Java: It Can Be Done

There is no universally accepted definition of FP. Still, a big part of it is immutability, pure functions (more on that in a bit), and limiting side effects. 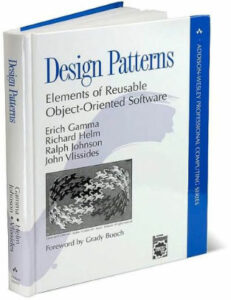 Design Patterns by the Gang of Four

And identifying patterns in code. Not so much “Gang of Four” patterns like Singleton and Decorator but more low-level patterns (think nested if statements, for example). FP also cares about composing things. You will see this is a recurring theme in this article.

Mutation is a source of bugs and makes multithreading difficult. FP limits where mutation happens; FP prefers immutability but allows mutability where it is truly essential (which turns out to be surprisingly rare).

Pure Functions
A pure function is very similar to a mathematical function: its output depends solely on its input. In other words, there are no side effects. There are plenty of examples in Java too, for example String::valueOf.

PRO TIP: No side effects? You could argue that every function has side effects: the CPU does work, heat is generated, memory is used, and many other effects. Those are not the side effects we are talking about. It’s not about physics but about changes in the environment that the program runs in: logging, database access, changes to global variables, network communication, et cetera.

This simplifies testing. It means your functions can be smaller as they are focussed on a single goal.

I will use Haskell as the language to show the FP concepts as it is elegant and concise. I will then translate those concepts to functional programming with Java.

PRO TIP: The code below does not have an implementation, it is just a function signature.

PRO TIP: In Java, this would match the signature of .

We want to be able to compose different functions to create more powerful functions.

Function application in Haskell does not require parentheses so ‘f x_value’ is the same as ‘f(x_value)’ in Java. We do need the parentheses for ‘g’ because ‘g’ does not take 2 arguments but only 1: the result of applying ‘f’ to ‘x_value’.

It is very useful and common to compose functions so we have identified our first pattern. In Haskell, we can refer to a generic function from ‘x’ to ‘y’ (like ‘f’ above) as ‘(x -> y)’.

This is exactly the same implementation as ‘h’ above. So we can now rewrite ‘h’ using ‘compose’.

You may remember ‘.’ from your algebra classes. Let us rename ‘compose’ to ‘.’.

PRO TIP: The parentheses around ‘.’ are required in Haskell but they are purely syntactical and have no additional meaning.

We can now make the implementation of ‘h’ a bit nicer.

In fact, the explicit x_value’ is unnecessary. Applying function ‘h’ is the same as first applying ‘f’ and then applying ‘g’.

So far, so good. This is easy in Java too.

(Where ‘Function’ is ‘java.util.function.Function’ and ‘X’, ‘Y’, and ‘Z’ have been defined previously.)

Java is a bit more verbose but it is certainly not bad.

A common source of problems and bugs in Java is ‘null’. ‘null’ has no type but satisfies all type requirements. Java treats ‘null’ as a legitimate value but it really represents the lack of a value. The presence of ‘null’ in Java makes it harder to provide guarantees about code.

Function ‘doSomething’ requires a ‘String’ according to its signature but because ‘null’` satisfies all type requirements, the compiler will not complain if you call `doSomething` with ‘null’. Is this okay? It is not clear from the signature. Nor is there a way to make it clear in the signature whether ‘null’ is a legitimate argument. 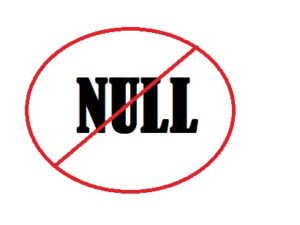 null makes it harder to provide guarantees about code.

The same goes for the return value. Will ‘doSomething’ ever return ‘null’? It is impossible to say just by looking at the signature.

There are some potential solutions like annotations and asserts. Unfortunately, there are no annotations that cause the compiler to reject calling ‘doSomething’ with ‘null’ or prevent it from returning ‘null’. And asserts only work at runtime.

So while we cannot make the problem go away completely, we may be able to improve the situation.

Let us define a data type that represents the potential lack of a value. You probably already know it as ‘java.util.Optional’. Note that its implementation still uses ‘null’. We want to be more principled and do better.

In haskell, the ‘Maybe’ type can be used to indicate the lack of a value.

PRO TIP: Note that Haskell has no concept of ‘null’.

We can define a similar ‘Maybe’ type in Java, without using ‘null’.

Nowhere near as elegant and concise as Haskell but it gets the job done. And without ‘null’. Annoyingly, we do have to check explicitly for ‘null’ arguments because there is no way in Java to opt out of ‘null’s.

You might argue that this does not help us much. Sure, we can now indicate in the signature of a function whether or not we handle the lack of a value but we still need to check.

We can implement this in Java as a first step to making ‘Maybe’ more convenient to use.

We can use this in ‘doSomething’.

This is an improvement but it is common to want to use the value stored in a ‘Maybe, if there is one. We want to be able to map over a ‘Maybe.

We have just turned our ‘Maybe’ into what is known as a Functor, which you can learn more about at Wikipedia and Haskell. You can read “functor” as “mappable.” Essentially, something is a Functor if you can apply a function to its content. A good example is a list: you can apply a function to each of its elements in turn and thus generate a new list.

Now we can execute different functions (mappings) on a ‘Maybe’ without having to worry about ‘null’.

It is important to note that calling ‘map’ never changes the structure of ‘Maybe’, i.e. a ‘Nothing’ stays a ‘Nothing’, and a ‘Just’ stays a ‘Just’.

PRO TIP: This isn’t true in Java. If you look at ‘java.util.Optional#map’, you’ll see that if the mapping returns ‘null’ then the ‘Optional’ changes from non-empty (i.e. a ‘Just’) to empty (i.e. a ‘Nothing’). While this is arguably more practical (at least in a language which suffers from the presence of ‘null’), it is clearly less principled.

We want to implement a method that returns the leader’s city given a ‘GroupID’.

That works but we can easily identify a pattern here so surely there is a better way? We can turn ‘Maybe’ into what is known as a Monad Learn more from Wikipedia and Haskell. Just like before, we will add another method to ‘Maybe’. We will use ‘bind’ but another common name is ‘flatMap’ (as it is clearly similar to ‘map’).

PRO TIP: In Java’s ‘java.util.Optional’ this is indeed called ‘flatMap’.

Using our newfound powers, we can re-implement getLeaderCityByGroupId’ without all the repetition.

Summary
As you can see, using just a couple of FP principles we can make our code more concise, easier to read/understand, and harder to break. You can also see that the plumbing needed to implement these principles in Java is not insignificant. Java really is a verbose language.

I hope you have gained some appreciation for FP principles. If you would like to know more, I recommend looking into FP languages like Elm, Haskell (and Eta (“Haskell for the JVM”)), Purescript, and OCaml. Languages like Kotlin (with Arrow), Scala (especially Scala 3, and especially with ScalaZ and ZIO), and Rust also have very nice FP features.

I hope this little tutorial was helpful. If you have something to add about functional programming with Java, please give us a shout on social media. You can also get your hands dirty by trying Get xMatters Free (forever).

What do Signs, Sewing, and Carving Snow Sc...