With xMatters, Wesfarmers Chemicals, Energy & Fertilisers (WesCEF) can have the peace of mind that the right information is provided to the right people at the right time to resolve issues quickly. 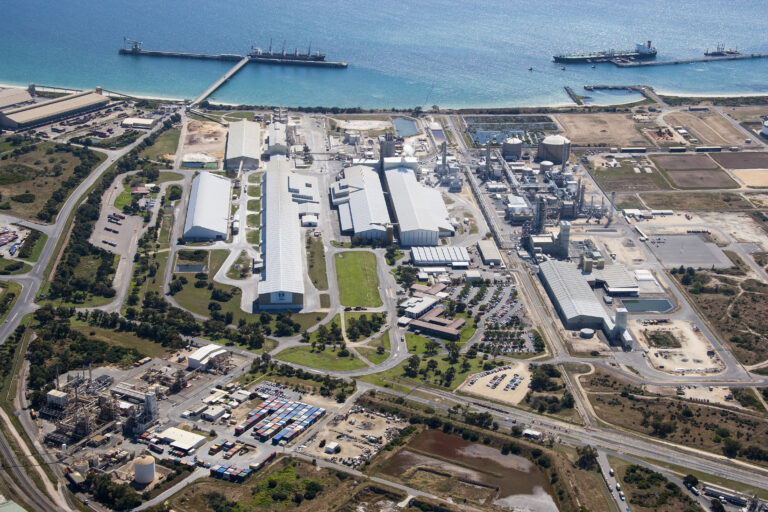 Drop-down lists and spell check have greatly improved the accuracy and quality of information captured from callers.

Two months to fully adopt xMatters, a month shy of the assumed timeline.

Wesfarmers Chemicals, Energy & Fertilisers (WesCEF) operates chemical, energy, and fertiliser businesses that service a range of sectors in both domestic and international markets. Headquartered in Western Australia, WesCEF employs people in a wide range of disciplines, professions and industries.

Prior to xMatters, WesCEF relied on a manual, hand written form for gathering information from persons phoning to report an incident. The information captured would then be condensed and sent out via text message to initiate a response, with the hard copy form provided to responders upon arrival. The information received by the responding incident team did not provide enough detail and thereby increasing the time to achieve resolution.

WesCEF initially sought xMatters to replace their SMS-based incident notification process. A simple implementation was completed to meet their immediate MVP for replacing their former tool. This was not only a success, as thorough training and support ensured xMatters was customized to their needs, but during the process, more benefits were quickly realized and implemented immediately.

The biggest concern throughout the implementation process was adoption; how quickly would WesCEF’s Incident Management Team (IMT) members be fully trained on the solution and use it in their day-to-day? Overall it took about two months to be fully set up on the platform, a month less than their assumed adoption timeline on day one of the process.

xMatters allows us to ensure we provide the right information to the right people at the right time to enact a timely response to emergency situations.
Jon Knox
Quality Superintendent at Wesfarmers Chemicals, Energy & Fertilisers

WesCEF has been using xMatters to support their emergency management and business continuity strategies, specifically in Emergency Response and Incident Management Team mobilization and communication. Since implementation, WesCEF has been able to develop pre-formatted, contextualized electronic forms, complete with relevant prompts and fields to empower their teams to gather information efficiently. Once completed, these details are immediately relayed to response teams ensuring that all parties have the right information and can mobilize in a timely manner.

Some of the key benefits WesCEF has realized by using xMatters include:

During the implementation of xMatters, WesCEF realized some immediate benefits including centralized message tracking and configurable response sets; Additional functionality and use cases were also explored and implemented to better support response processes. One example of this was WesCEF’s creation of a simple workflow to notify standby IMT members when the nominated Incident Controller had assumed responsibility for an event. A small change, but very meaningful when a call is received and members can be confident that the right person received the call. In all instances, WesCEF’s improvements were able to be implemented in-house utilizing the user-friendly support documentation and product experts available at xMatters.

Like most businesses, COVID-19 challenged WesCEF to adjust and rapidly adapt the way they worked. One such challenge was how to continue to effectively manage emergency incidents at a time where most team members were working from home.

Once again, utilizing the intuitive workflow configuration, WesCEF was able to integrate xMatters notifications with Microsoft Teams. Teams was a platform the business was becoming increasingly familiar with during COVID lockdowns, and being able to integrate information directly from xMatters allowed the team to easily collaborate, share information, and access crucial documentation enabling a streamlined, distributed incident response process. This capability is continuing to be used post lockdown restrictions, allowing for integrated in-person/remote incident response coordination.

At WesCEF, safety is at the heart of all they do. Having effective systems and processes in place to respond to unwanted events is key to ensuring businesses can continue to operate safely. With xMatters, WesCEF is able to access the right information and ensure it is provided to the right people at the right time for a quick and efficient issue resolution.