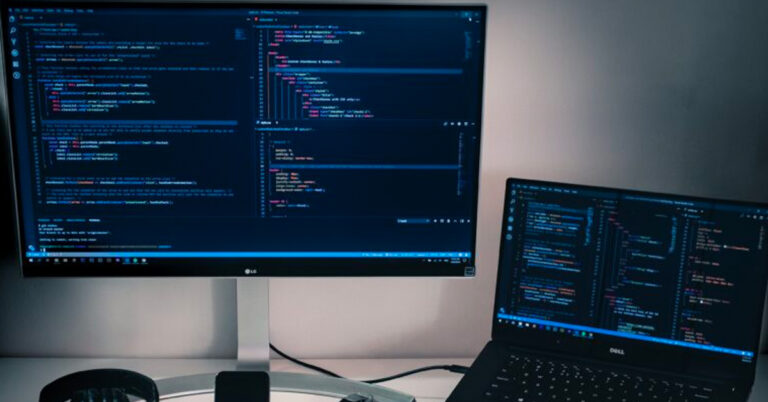 xMatters has reduced the time to engage engineers. This reduced time leads to improved ticket resolution and ultimately, to improved service provision for our client.
PeerSpot reviewer
Service Delivery Coordinator

What is your primary xMatters use case?
We primarily use xMatters for notifications. We’re not using the Incident Management module, but we are using the SOAP service. So, we use it for integration and for holding all our schedules and groups, and that’s our main use case. Our local teams go into xMatters to invoke those groups based upon the tickets that get created in ServiceNow. They’ll be for a particular team, and that team’s on-call schedule is held in xMatters.

How has xMatters helped your organization?
xMatters has reduced the time to engage engineers. This reduced time leads to improved ticket resolution and ultimately, to improved service provision for our clients, which is the ultimate gain. Our systems are down for less time because the engineers are engaged much faster.

We have automated our incident notification process with xMatters via subscription. So, as the support groups and engineers have been engaged to go and resolve, we also have numerous subscriptions set up so that a client’s stakeholders and our internal stakeholders are notified at the same time. They would be client delivery managers from our side and the actual client contact points. It gives us a very quick, easy, and effective way to increase notification awareness, and it has been very well received by the clients because they were somewhat in the dark previously. They would raise a ticket, and it would go to a resolving group, and then they would just wait, whereas this way, they’re more in the loop but without being swamped with the technical detail. It is just at the awareness level, but it has proven to be very popular.

We have built workflows that meet our needs via xMatters. They’re important to us. They provide very good and very configurable automation. We’ve found them to be very configurable and portable. We can make a workflow for client A, export it, and reimport it for client B. If it needs to be customized, we make a few changes, and it is up and running for client B in next to no time. We found the workflows to be very intuitive, very powerful, and very well received by those who would benefit from this functionality. We’ve found it to be a real win.

We’ve done custom coding where required. Most of the time, our use cases are quite simple. Wherever required, we have done extra coding, but it has been minimal. We have a couple of webhook-type workflows, and we’ve added extra code in there to essentially filter. There are a lot of alerts coming out of a particular system, and we’ve added some custom code in there to only activate certain elements of the workflow against certain priorities.

We were able to customize the workflow so that it is only for targeted incidents or criteria. It expanded the flexibility or functionality of xMatters. We were able to pick an out-of-the-box workflow and customize it to summarize clients only in particular trigger cases. They wanted everything captured but only certain things to be raised. So, we had to do an amount of coding in there to interrogate their initial methods, make the webhook do certain things, and make the workflow do certain things based upon the invalid data. We found that very easy to achieve.

What is the most valuable about xMatters?
The automated callouts, without a doubt, are valuable. They have been a huge gain for our company. Before xMatters, there was no real management of the on-call resources or schedules. So, having that centralized and automated has been a huge gain.

The support groups themselves are the most useful part. It is incredible in terms of intuitiveness and flexibility of customization. It is an excellent product. It is very usable. We are the local administration within our organization, and with the tool itself being incredibly intuitive and the support being possibly the best I’ve ever encountered, it is a joy to work on. It is very intuitive and very easy to work on.

We have used the REST API as well, and it was very good. We found it to be very powerful and very well supported in terms of the API endpoints. If we needed an endpoint that was missing or wasn’t available, we were able to get that added easily.

We’ve found the workflows to be very intuitive, very powerful, and very well received by those who would benefit from this functionality. We've found it to be a real win.
PeerSpot reviewer
Service Delivery Coordinator

How long have you used xMatters?
It predates me, and I think the company is into our third year.

What do you think about the stability of xMatters?
xMatters is near perfect. It is one of the most stable pieces of software that I’ve ever used in more than 20 years in IT. It is an incredibly stable platform.

What do you think about the scalability of xMatters?
With our limited experience, it seems to be perfectly scalable. You can make it do as much or as little as required. The ability to make those changes very quickly in a live environment is very good because if a new requirement comes in, we can turn it around almost as quickly as we can type. There are very few barriers to stop you from scaling as required.

How are customer service and support?
Their support is exemplary. I would rate them a 10 out of 10 or even higher. In 20 years in IT, without a shadow of a doubt, it is the best support I’ve ever received from a vendor. They are so attentive and knowledgeable. They present themselves with such a friendly and family-based vibe or approach that they stand out from the crowd. You almost want it to go wrong so that you have an excuse to speak to their support.

I cannot speak highly enough of the quality of their interactions, whether that’s raising support through the support links on the tool itself, or when we have a monthly catch-up call. Our account representative always comes to us with tons of knowledge, new news, and loads of warmth and engagement, and that’s standard. They do things in a very cool way. The quality of support that I get from them is very noticeable as compared to any other vendor I’ve worked with, bigger or smaller. xMatters is definitely the best.

Which solution did you use previously and why did you switch?
We didn’t have a single solution. People were passing around spreadsheets, and we had a Lotus Notes database that some people could access to refer to the information, but not everyone. So, it was essentially just a mess.

From that point of view, xMatters has just given a huge boost. xMatters is far superior in the way that it is highly configurable, and its features really support the actual use cases of an engineer. If an engineer is absent, they mark themselves as away, and if you have set the schedules correctly, xMatters will automatically schedule in a replacement resource. That’s a very simple thing, but without xMatters, that was a very laborious and manual task for engineers. If they forget to do it, then suddenly, you don’t find anyone on call.

The way xMatters automates this is just far superior to the previous solution that we had.

How was the initial setup?
It predates my time on the team. So, I don’t know about the initial setup. Its maintenance is practically zero. From our side, we’re primarily doing account creations as the talent pool of resolving engineers changes and shifts. We also configure any new workflow or webhook requirements that come through. We set up the groups and support users, but they configure their own schedules because we like to get them to own that side of it so that they can look after their own team going forward. We initially support them through the schedule creation to make sure it is all set up in the way they need it to be operational.

This maintenance time varies depending on the demand. We’ve got a relatively stable take-up at this point. At its busiest, we were spending half a working week on it. At this stage, where we’ve got things configured and pretty stable, we are down to a very minimal amount of hands-on support that is required from our end, which is great. The system just runs. We’re called into it when there’s an issue or when there’s a new take on of some kind, but for the majority of it, we’re able to just let it run and do its thing.

Three people work on xMatters day-to-day. We’re support engineers, and this is one of the things that we look after. We support it in addition to numerous other systems we all look after. We don’t look after just xMatters. There is not a great deal of work for us to deal with on a day-to-day basis when it comes to xMatters.

What was your ROI?
I’m not involved with the numbers in that regard. We’ve seen increased efficiency however, and it has passed the tests in terms of time and cost savings across the board. All of our incidents are dealt with quicker now because the engineers are engaged so much quicker.

What’s your experience with pricing, setup cost, and licensing?
I can’t really comment on the value in terms of comparison. It feels like good value in the sense that the service is excellent. The people above me who look at such things have renewed it a couple of times, and I think they would have thought whether it was good value, whether it was wildly overpriced, or whether there were better and cheaper alternatives. So, from that perspective, the pricing is fair and proper.

What other advice do you have?
I would advise others to go for it. It is great. My advice would be to engage with the xMatters resources themselves because they will engage and guide a potential new customer very fairly. They won’t oversell. They will get you the correct solution, and they will be very helpful in helping you to get that to work. So, my advice would be to go for it 100%.

I would rate it a 10 out of 10. Nothing is perfect, and there is always room for improvement, but it is very hard to see where. This is an excellent product.